Mojahed Akil (26), Syrian IT engineer, who lives in Turkey; managed to lunch “Tarjemly Live” for iPhone and Android phones, aiming at overcoming the obstacles which prevent the right communication.

The app which is available in Arabic, English and Turkish offers three paid live translation types, the first one is “Conference Phone Translation” in this type, the interpreter joins the call as a third party, and interprets for the both callers, the second type is “Live Phone Translation” where the communication is between the interpreter and the client and he interpreters the client message to the second party, the last type is “Text Translation” which includes SMS’s, documents,
contracts, prescriptions.. etc. the app charges 1 Turkish Lira per minute. And topping up can be done by pre-paid cards, or by internet banking cards.


On the other hand, Tarjemly Live offers free trail minutes for new members after downloading the app.

The team work has around 135 translators from different nationalities like Syrian, Iraqi, Jordanian and Turkish, whom are available 7 days a week, and specialized in different fields (tourism, business, medical and others) and that is a part of the service quality policy.

Due to the big costs of the project which is estimated to $100k as for operational and executive expenses, Akil to enters into partnership with Syrian investors to offer this high expenses.

And according to Akil, this experiment is unprecedented and it may be accessible in touristic countries like Thailand and Spain because the citizens there are not excel in foreign languages to be able to communicate with foreign tourists.

Akil tells “Eqtsad” that he received an offer from Turkcell; Turkish mobile provider, mentioning that the offer is still in the study phase.. 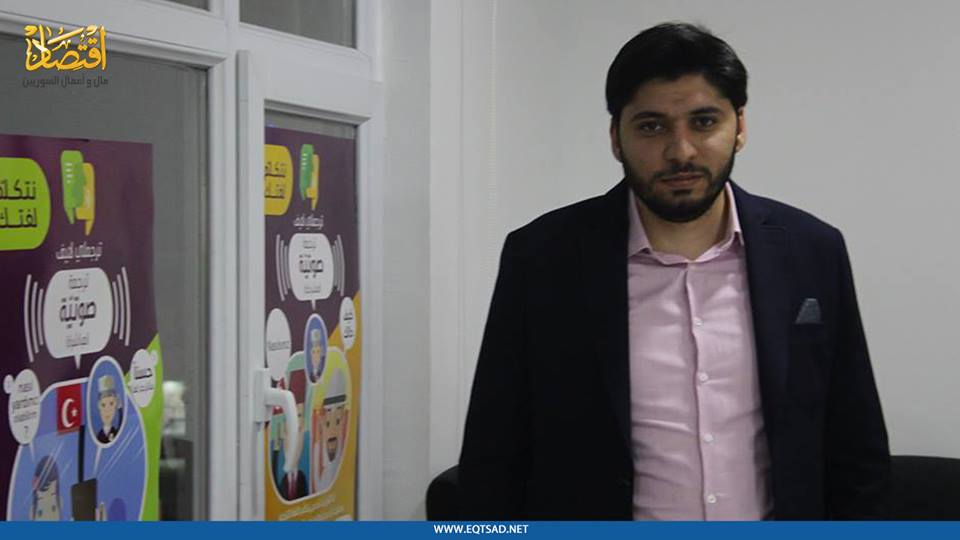 “We faced some technical difficulties which are related to the app, as many clients may remark complications in the app” Said Akil considering the difficulties he had during the early days of the project, and he added “however these difficulties will fade away once the follow the instructions”

Akil is looking forward to protect his app with “Intellectual property law” soon after he grants official license from the Turkish authorities, as a preliminary step toward developing the app which aim at Arab tourists at the first place, and English speaking tourists, in addition to the Syrian residents in Turkey.

in spite of the young age of the app, Tarjemly Live had around 7300 users in less than one month, and more than 10k downloads and 1250 interpreted minutes.

Tarjemly Live releases its beta for users and translators

Are you a translator? Then become a member in the Tarjemly Live team.

T-live: an application that solves the Syrian refugee crisis with the Turkish language

WE ARE Human, SO IS OUR BRAND